In 2017, a team at Ilia State University launched the project “Biodiversity of freshwater molluscs of Georgia” supported by Shota Rustaveli National Science Foundation (grant #217086). An overarching goal of the project is to develop a profound knowledge of the diversity and distribution of freshwater molluscs of Georgia. To succeed we follow several individual goals:

This includes extensive field collection of data and deposition of specimens at Ilia State University collections (Fig.1). The collection envisages wide accessibility of shell and tissue materials of freshwater molluscs for further research. 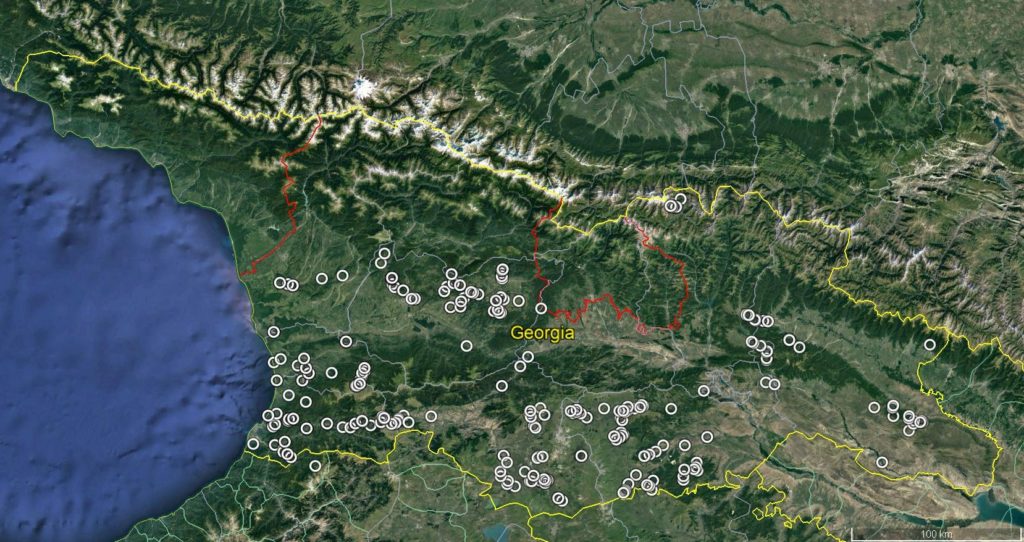 Figure 1. More than 250 locations (white circles) sampled for freshwater molluscs in Georgia during the years 2017 and 2018.

To reflect modern integrative taxonomic achievements in systematics and shed light on phylogenetic and phylogeographic patterns of freshwater molluscs of Georgia, we are producing DNA barcodes for as many species as possible (mostly but not limited to Cytochrome c Oxidase subunit one – CO1).

Considering the overall limited taxonomic expertise currently existing in Georgia we are completely open for all interested scientists and institutions all over the world in order to boost freshwater mollusc research in Georgia. Currently we have active collaborations with scientists from Slovakia, Germany, Poland, Russia, etc.

In Georgia as in the whole southern Caucasus area there exists a considerable lack of taxonomic expertise in academia as well as among amateurs. At this stage, we are supporting mostly students on BSc and MSc programs and further aim to increase a local interest in molluscs and to facilitate research and conservation of this taxon in the region.

This project is fully integrated in a GGBC framework and will contribute to create a solid base for further support of GGBC aims and objectives.